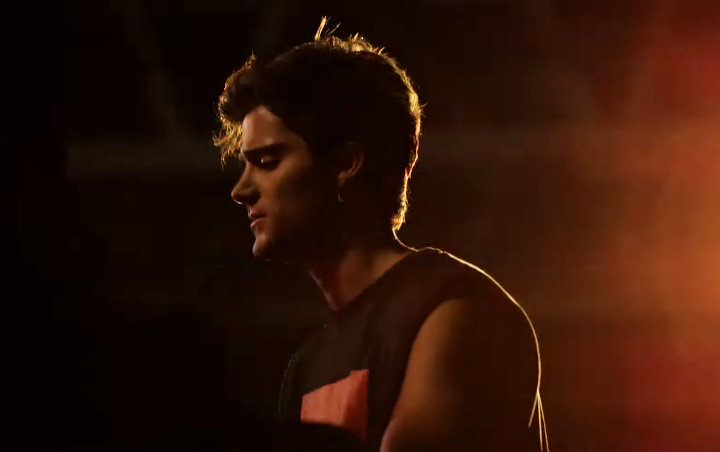 The ‘Under the Dome’ alum reveals in a statement that he recorded the new song when he ‘was falling in love,’ adding, ‘It speaks of all the emotions that I was going through at that time.’

AceShowbiz – Demi Lovato is not the only one who released a song after her breakup from Max Ehrich. The actor has recently unveiled a song entitled “Afraid” alongside an accompanying music video that finds him playing the piano while singing about his fear to fall in love.

In a statement issued to Billboard at the same time of the release of the song, Max shares his hope that his song would help people “allow themselves to be vulnerable.” He continued dishing on the new tune, “I recorded this song as I was falling in love. It speaks of all the emotions that I was going through at that time. The simplicity of the piano totally brings it home for me. It’s beyond fulfilling to be able to release these feelings in a song.”

“Afraid” is most likely going to be featured on Max’s upcoming six-song EP that is set to hit the stores in early 2021. Further details regarding the forthcoming project are still scarce as of now.

Max recently made headlines due to his broken engagement with Demi that only lasted two months. Some messiness has since ensued after the “Under the Dome” alum claimed that he learned of the breakup through tabloids, though a source later alleged that the former Disney darling did tell the actor beforehand. The source then accused Max of trying “to stay relevant. Her family thinks he is crazy and is so relieved she has taken this step.”

‘LHH’ Star Akbar V Announces Pregnancy, Hits Back at Haters Over Her…

Jada Pinkett Smith Is Concerned About Daughter Willow Hanging Out With…

Halsey Shaves Her Head Because She Misses Being Bald – See Her New Look!